News
You are here: Home / News / News / From Regional to Global. How to franchise your business internationall... 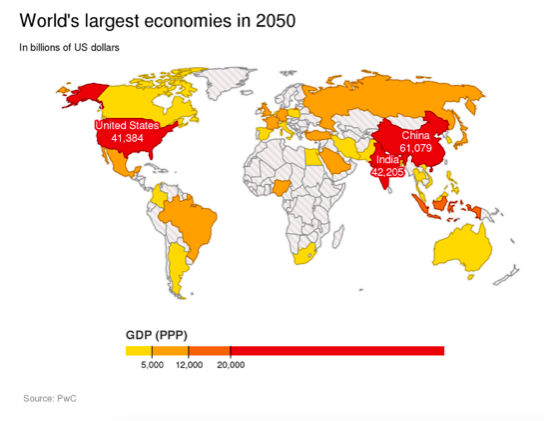 Going international for a franchise organisation is not always easy. And once should learn from the various ways the industry has been moving over the last decades.

The key aspect is to think ahead and decide on a strategy.

In the late 90’ Michael Porter was already mentioning that companies had stopped thinking strategically. They were looking for a quick return on investment and copying what the others corporations were doing. This was and it is still the trend in franchising. A “me to” strategy can be observed with many franchisors. A lot of them just want short term to reduce costs and increase profits quickly without any strategic thinking.

Strategic issues in franchising abroad in term of geographies and market approach will have a direct impact in the franchisor medium and long term viability.

Internationalization of Franchise businesses is booming and we are in the midst of a new revolution driven by globalization and technology.

For example companies like Tea Shop had planned a long time ago there strategic way of seen their expansion. We can observe from successful franchisors or licensors that the definition of the strategic issues is done by the board of directors or by the CEO.

One of the first steps of the analysis is the geography and the social economic aspects that would influence which territories to tackle first.

The world is changing and Asia and Africa are incredibly attractive territories for franchising or licensing with a large potential for the future. The next decades will see dramatic population changes in the world:

By 2050, India will have overtaken the US as the world’s second largest economy

In view of such encouraging statistics, Africa and Asia will be is attracting like-minded potential investors, entrepreneurs and new industry players.

More and more medium size franchisors will have to study the opportunity, the risk and decide on a strategy of going abroad.

Over the various successful internationalization franchisors we are helping, we at Franchise World Link a company which connects franchise entrepreneurs internationally had identified 2 key success factors for international franchise expansion:

1-  A strong willingness to franchise the business abroad is important:

Adapting a successful franchise concept in another part of the world is not easy.

First it is necessary to have a market analysis and costumer buying behaviours study to understand if the Franchise concept would be suitable for the country.

Then a territory studies must decide how to target the country. This has to be largely accepted and explain internally. Then the strategy should be explained internally in the entire corporation must buy into it.

Some franchisors will just manage opportunities in foreign countries but ideally an international expansion plan is of paramount importance.  At Franchise World Link we have seen many franchisors or even licensors with a good local concept trying to go everywhere with no management strategic thinking. But we have seen as well franchisors like TAB an American franchise concept with a clear international strategy about how to go internationally.

Going everywhere and too fast, managing only day to day opportunities in various countries cannot stand as a strategy. Global franchise expansion should be done step by step through real strategic thinking and the driven factors should revolve around the quality of the partners you find at the early stage.

If  a Regional Franchisor is already present in some neighbouring countries, then it would be easier to define which region they want to target next. There are 2 schools of thinking: The first school advocates expanding to culturally closed countries as long as your franchise business concept is exportable.

Any franchisor will need first to analyse in which countries they are bound to be successful and what adaptations would be needed to attract country master franchisees.

This truly is a challenge and the entire corporation has to rethink its strategy. The strategy must also be shared with the shareholders and not left restrictively to the International Expansion director.

Ideally, at the beginning a small culturally open minded team with international experience would be required. Companies need to forecast enough internal resources and have a coherent internal financial model.

What a lot of franchisors really need is a good legal advisor. In their country of origin, their legal department must be familiar with international operations and foreign countries (or eventually this could be subcontracted).

In the destination country the legal advisor will need a similar specialist to draft a good master franchise agreement. Each country is different and the Master Franchise agreement requires to be reviewed locally, in line with local laws and regulations. Then the pilot process and the disclosure documents may vary from one country to another.

The legal aspect of franchise is extremely regulated in the USA and Europe for example and less organized and structure in Africa or even some fast growing countries in Asia.

Some countries would request an authorization from (like in many countries in South East Asia the government would require to be a master franchisee a first pilot. This first pilot would be necessary before the franchise master should be authorized to sell franchise units.

But this would be as well very useful for both the franchisor and the franchisee to learn from mistakes.

At Franchise World Link we have identified with our clients one key internal and external motivation factor that have a direct impact on franchising overseas:

External consideration will help the franchisor to drive and push its business to identify international franchise opportunities.  If the shareholders or the board of director are comfortable with the actual profit figures it would be complicated. Internal resistances would be a limitation factor. On the contrary at Franchise World Link, we have identified that if you have an exit strategy to sell your business; this will boost considerably your Global franchise expansion. Being in various selected countries, with a franchise concept that works abroad and that is successful, would considerably increase considerably the value of the franchisor’s corporation.

Furthermore, when talking to suppliers, partners, new prospect unit franchisees, and new potential master franchisees this would also considerably increase the bargaining power of the franchisor.

2-     An internal motivation factor for the actual franchise network:

Assuming that the actual franchise network in the country / or region of origin is very satisfied and franchisees and country master franchises are comfortable with the actual image and dimension of the franchisor network it would be complicated to boost more countries.

However, if the actual network is not represented internationally there would be an immediate positive effect with the actual franchise network. Opening new countries and communicating it properly in the franchise network would considerably increase the motivation of actual franchisees, masters, multi-franchisees and employees in general. Facially there will be a positive impact in the franchise valuation of units and master when they would sell (what we normally call a transfer).

Being perceived as an international franchise network will boost considerably the financial value of the unit franchise or the master franchise when a transfer is envisaged or even when the franchisor wants to sell its business to a larger franchisor. We have seen it recently with the example of Quick restaurants and Burger King.

The world is changing very fast and franchising overseas could bring incredible opportunities for generating both new revenue and new profit growth to franchisors and licensors.

Contact us (info@franchiseworldlink.com) if you need help with bringing your franchise business abroad.

Want to join the discussion?
Feel free to contribute!

Franchise World link is looking for franchise opportunities in India.
Scroll to top